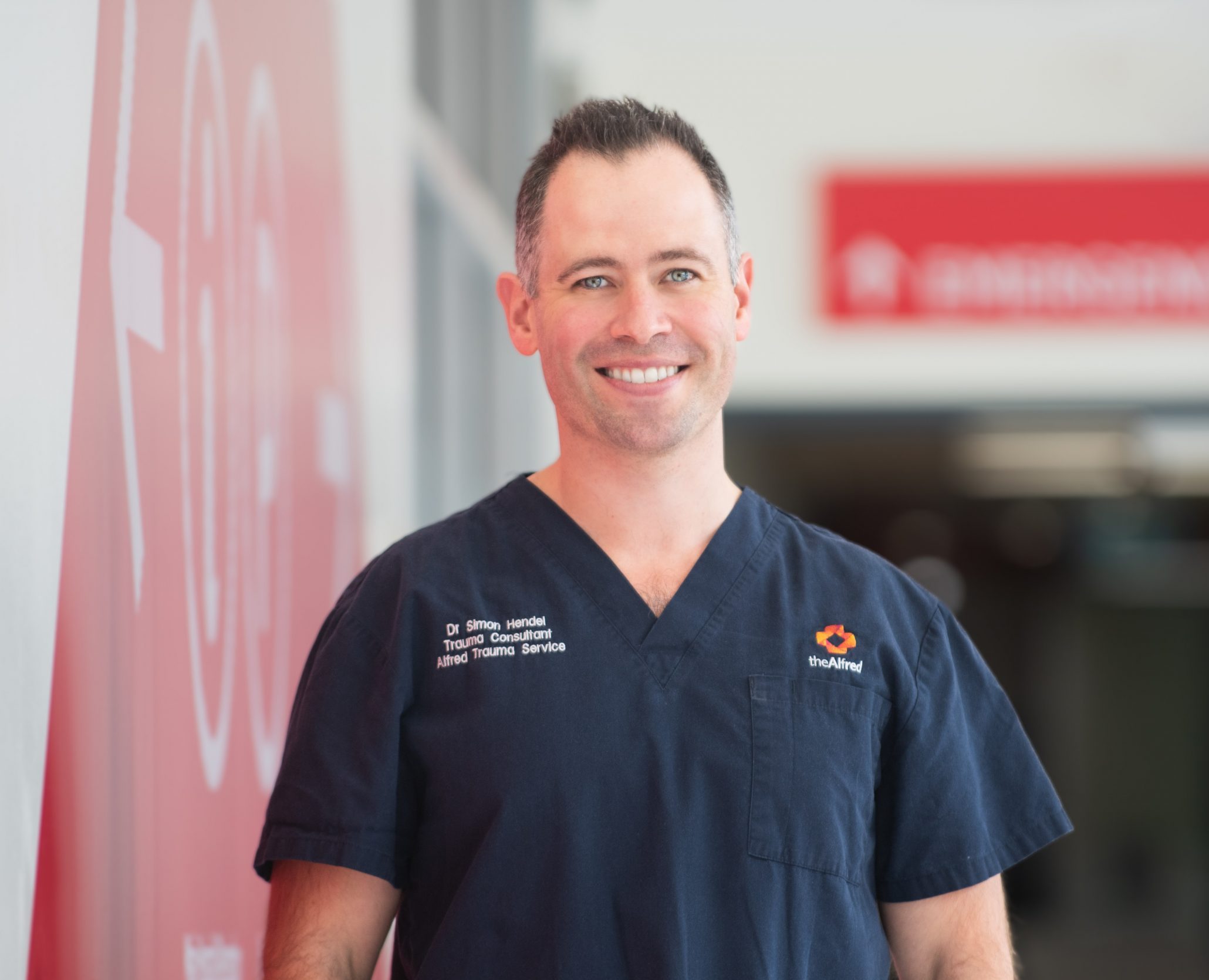 Simon obtained his basic medical degree from Monash University in 2006 and trained in anaesthesia at The Alfred, where he is now the head of trauma anaesthesia and a trauma consultant.

Prior to working at the Alfred, Simon completed subspecialty fellowships in prehospital retrieval medicine and paediatric anaesthesia and then worked as a retrieval consultant at Ambulance Victoria. In 2016, Simon completed postgraduate qualifications in journalism and worked as an advisor for the ABC documentary series Ask The Doctor and Catalyst, as well as in a number of freelance roles.

Now, Simon is a lecturer at Monash University, where he co-coordinates the trauma module of the Master of Perioperative Medicine. He is also clinical research fellow at the National Trauma Research Institute where his research interests are in critical interventions and teamwork in trauma resuscitation and trauma care in low-resource settings. Simon is an advisor to Ambulance Victoria and Victoria Police on immediate trauma care and he completed his Associate Fellowship of the Royal Australasian College of Medical Administrators in 2021.

Simon has been an active member of the Australian Army reserve since 2007 and currently holds the rank of lieutenant colonel. He has deployed in support of overseas and domestic operations on several occasions – including to Afghanistan and Iraq.

Mostly though, Simon tries to wrangle his two toddlers and his cantankerous English Bulldog with his endlessly patient partner, Dominique.