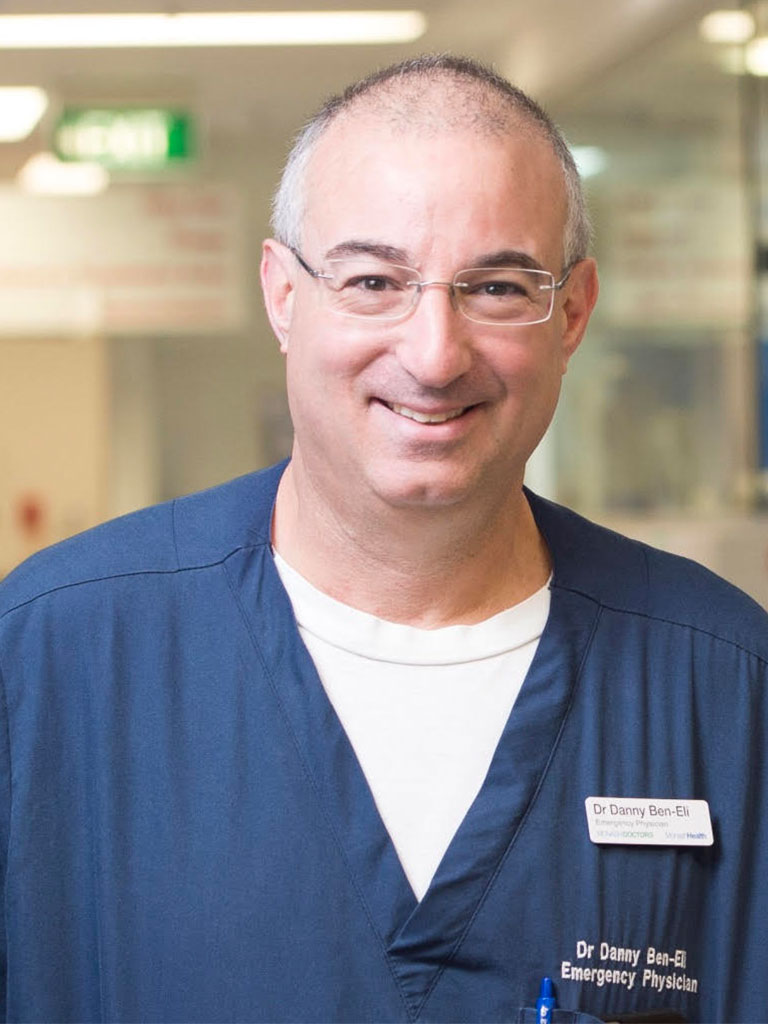 Dr Ben-Eli completed his medical degree in the Israel Institute of Technology in 1993 and has been in Melbourne since 1996. He completed his emergency medicine training at The Alfred in 2008 and worked as Emergency Physician at Alfred’s Emergency and Trauma Centre since 2009. He is also currently working at Monash Medical Centre’s Emergency Department since 2010, where he was a Director of Emergency Medicine Training until the end of 2019.

Between 2008-2017, Dr Ben-Eli worked as a Retrieval Consultant with Adult Retrieval Victoria (ARV – a branch of Ambulance Victoria). He cared for many trauma and other critically ill patients, stabilising and transferring them on fixed-wing, rotary-wing and road platforms, to trauma centres in Melbourne. In 2017, he completed a 6-month sabbatical at Alfred’s Trauma Service, and commenced work as a Trauma Consultant.

Dr Ben-Eli regularly teaches on the Alfred’s Trauma orientation program, the Procedure Course and on NTRI’s international programs in China. He is a member of the Court of Examines of the Australasian College for Emergency Medicine (ACEM) and held a number of appointments on college committees.

He is also involved in several community initiatives:

Dr Ben-Eli’s interests include emergency medicine and trauma education, thoracic trauma, and use of POCUS in trauma and critical care.